Soils Across the Forest-Prairie Border 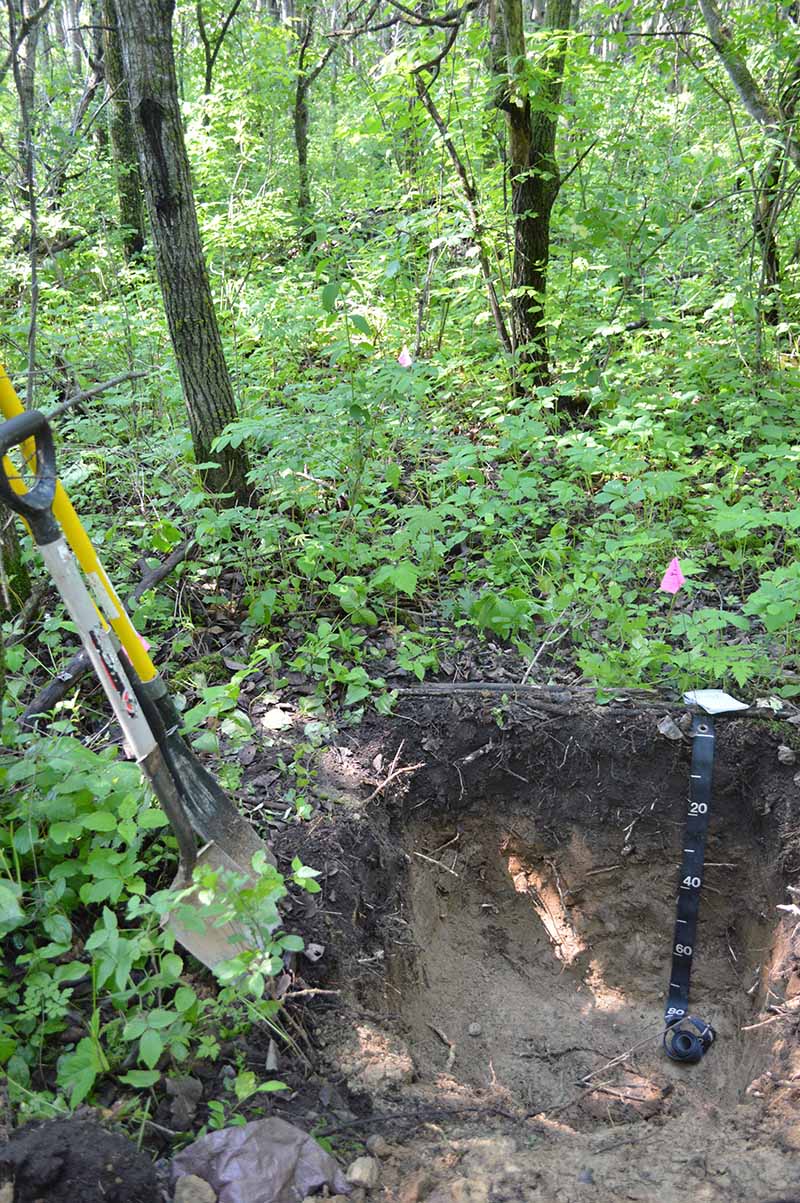 This project studied soil response to vegetation change from prairie grassland to forest in northern Minnesota, USA, specifically focusing on the development of clay-rich subsoil horizons. Such horizons are often formed through downward translocation of clay by water percolating through the soil (referred to as eluviation-illuviation, or lessivage). Accumulation of clay in the subsoil strongly influences the availability of nutrients and water for plants and retention of contaminants. Understanding the factors that influence development of strong contrasts in clay content between topsoil and subsoil, and how rapidly those contrasts can develop, is a basic, long-standing problem in research on soil formation. In the Midwestern U.S., much stronger topsoil-subsoil contrasts in clay content are found where the natural vegetation was forest than where it was prairie.

This project was carried out in an area of Minnesota where previous research has documented major shifts in the forest-prairie boundary over the past 10,000 years. By analyzing soils that have formed under the influence of forest for varying periods of time, from more than 10,000 years to a few hundred years, the project tested the hypothesis that most downward clay movement in soils occurs rapidly after a change in conditions such as forest replacing prairie. We were particularly interested in the possibility that organic matter added to subsurface soil horizons from the roots of prairie vegetation limits clay mobility, and that clay is mobilized to move downward after forest replaced prairie and subsurface organic matter input was reduced. Our results showed clear differences in microaggregate stability between soils formed under prairie and forest, which would allow much less clay mobility in the prairie soils. However, this difference could not be directly attributed to organic matter content and is related most strongly to cation exchange capacity, a property affected by organic matter, clay content, and clay mineralogy.

We found evidence that that while there can be a lag in soil morphological response to vegetation change of at least several hundred years, soils under forest even a short distance from the 19th century prairie-forest transition display little or no evidence of their past history under prairie, as inferred from paleoecological studies. We analyzed stable carbon isotope composition of all of the soil profiles we sampled, finding clear differences between soils that were under forest or prairie in the 19th century, as well as evidence for change from prairie to forest at a few sites. We are currently completing work on a paper that reports these isotopic data and uses radiocarbon dating and modeling to infer the timescale of soil change after forest replacement of prairie. The results will also be of interest to researchers who have intensively studied past vegetation change in the same study area, using evidence from lake sediments, and are also relevant to understanding changes that may occur in soils in this region as a result of future changes in climate, land use, and vegetation.

Date from this project is here 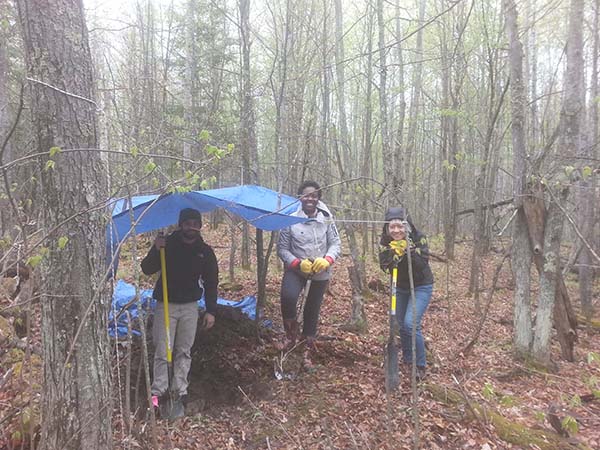 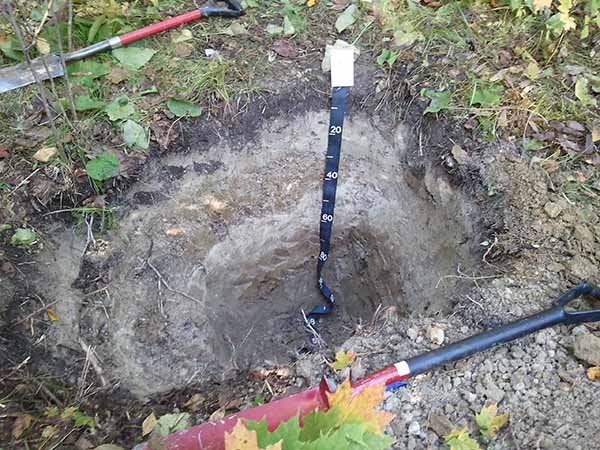